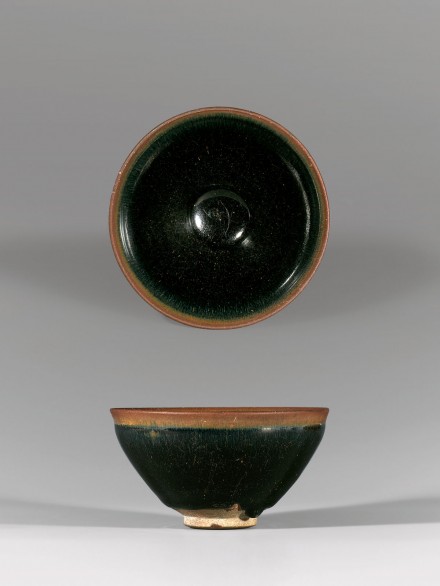 covered with a very dark brown-black glaze showing slightly iridescent fine silvery ‘hare’s fur’ streaks cascading from the rim on the interior and exterior, the wide mouth with a narrow ‘finger groove’ lightly indented below the slightly flared lip, the glaze thinning over the rim to show a deep rust-brown color, the heavily potted flaring sides rising from a small round foot with shallow square-cut rim, the glaze on the exterior collecting at a knife-pared angle above the base and gathering in a thick droplet at one side, the exposed stoneware burnt dark purplish-brown in the firing.