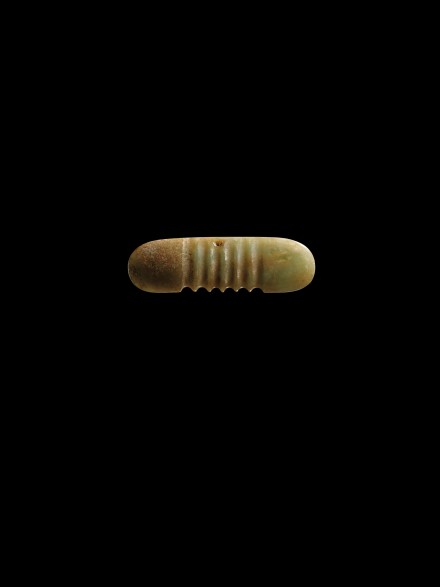 of rounded form, carved on both sides with a central panel of deep grooves separated by five ribs extending to pointed teeth at the lower edge, a small hole at the center of the upper edge for suspension, the olive green stone with cloudy tan mottling.