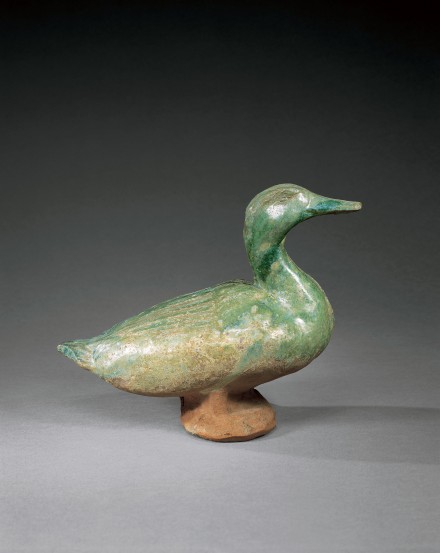 2.
A LARGE IRIDESCENT GREEN-GLAZED POTTERY
FIGURE OF A DUCK

the plump bird shown standing with wings folded and head held up, well modelled in a realistic attitude, the wings simply moulded, the tail feathers turned up, with an aperture through the chest, the feet moulded together to form the hollow base, the red pottery covered with a green glaze generously applied and now degraded from burial to a silvery iridescence attractively mottled with some blue-green highlights.

2.
A LARGE IRIDESCENT GREEN-GLAZED POTTERY
FIGURE OF A DUCK